Middle Level Band
In this section 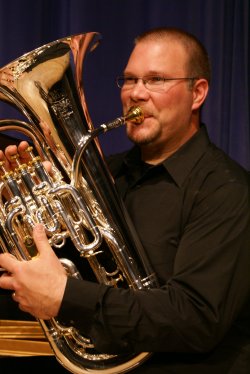 Gay completed graduate work at the University of Missouri – Kansas City Conservatory of Music and Dance and undergraduate work at Missouri State University. He also performs with the Fountain City Brass Band, is an active soloist and clinician, and is in high demand as a studio instructor. Gay has also taught in the public school system and has a strong commitment to music education and young students. He often performs and works with public school programs.

Nathan Gay is a Buffet Group USA Artist performing on a Besson euphonium.